Thieves want an easy life. To stop them stealing your bike, you need to make it difficult for them. Any lock can be broken. If your bike lock requires several minutes' work with an angle grinder, it's immeasurably safer than the lock that can be cut in seconds with bolt croppers. Sold Secure is a reasonable guideline to security. It's a bronze, silver or gold rating for locks that are submitted for testing. Locks must resist increasingly time-consuming and tooled-up attacks to pass at the relevant level. Other security ratings are provided by Thatcham, by other countries, and by the manufacturers themselves. Broadly speaking, the more expensive and heavier the lock, the tougher it will be. Police recommend spending at least 10% of the value of your bike on security for it. D-locks, also known as U-locks or shackle locks, are easier to carry than equally tough chains. You may be able to leave a lock at work to reduce your commuting load. 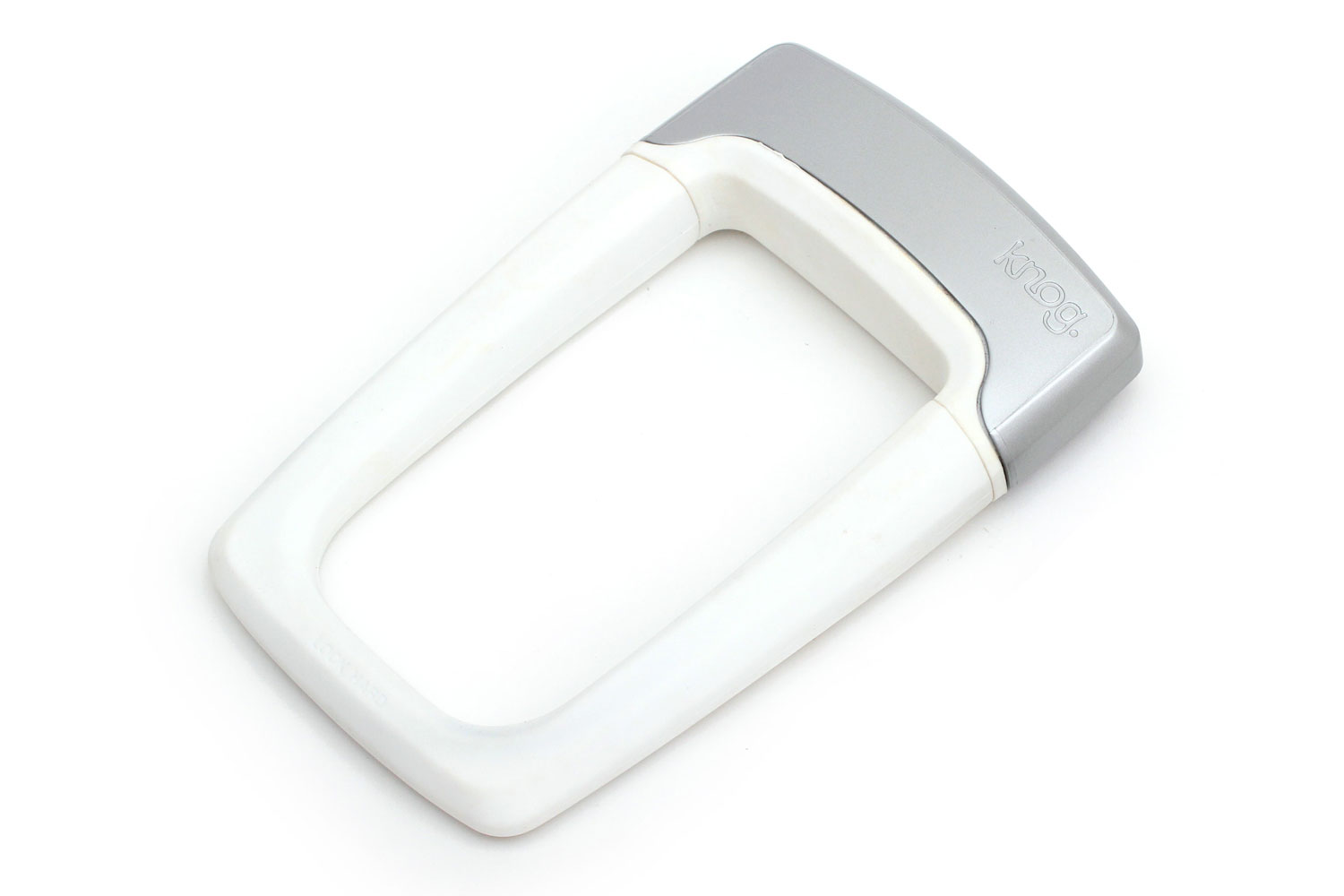 Silicone moulding encasing the Strongman will stop it clunking against your bike's frame or your commuter bag's contents, although it also comes with a frame bracket. Underneath the rubbery exterior there's a 13mm hardened steel shackle that locks at both ends, to prevent it being twisted open. The silicone covering gets in the teeth of saws or angle grinders, making them awkward to use, while the compact size – it's only 20cm long overall – limits the space and leverage for brute force attacks. Weight: 1.1kg. 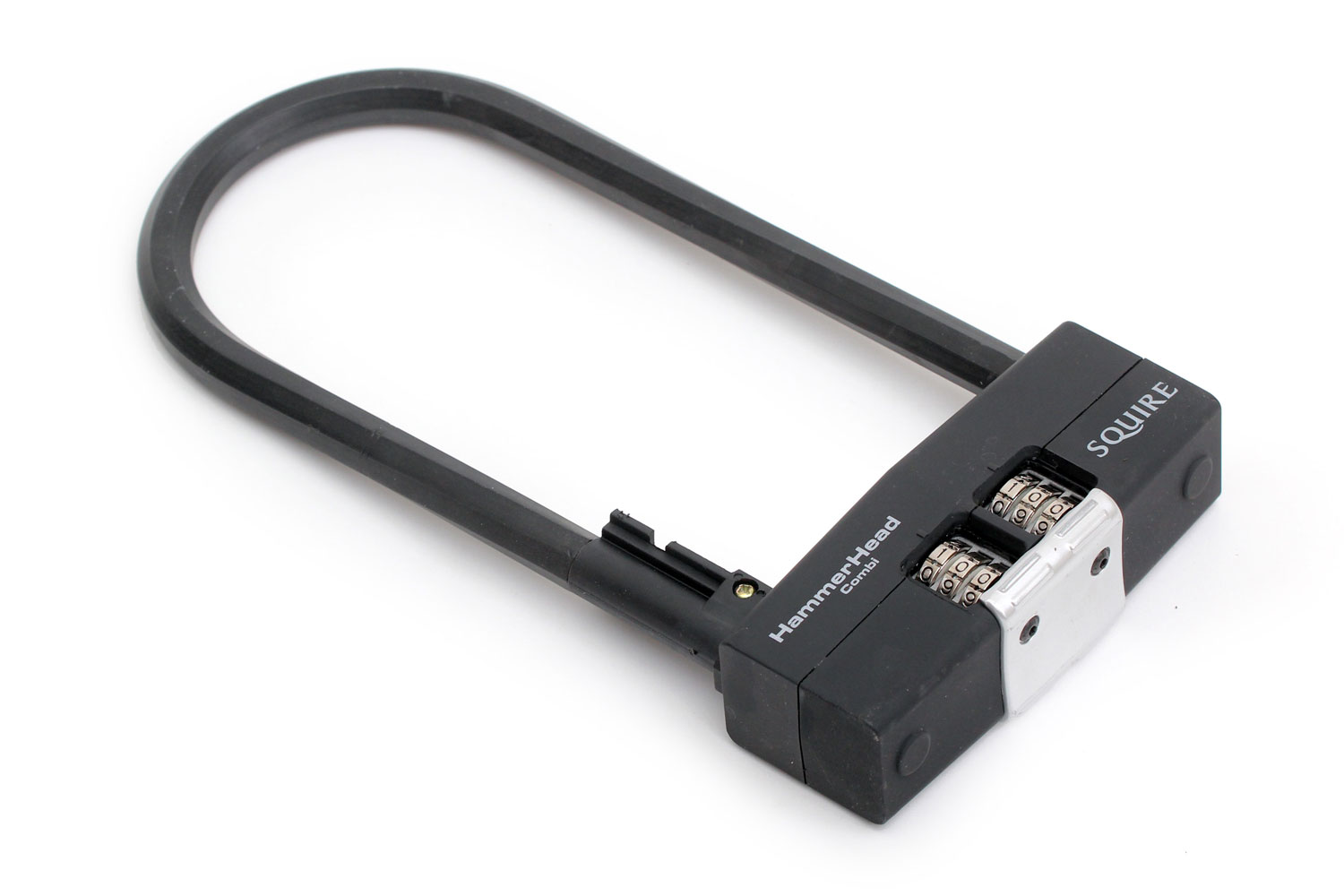 Losing your keys for a D-lock is a nightmare. That can't happen with this version of Squire's Hammerhead, as it's a combination lock. There are six number wheels, giving a million different combinations. You can choose your own numbers, so make them memorable! It's otherwise similar to key-operated D-locks, with a 13mm hardened steel shackle and an armoured lock body. This is the shorter version, with a 230mm shackle; there's also a 290mm version. Both include a frame bracket. Weight: 1.72kg. 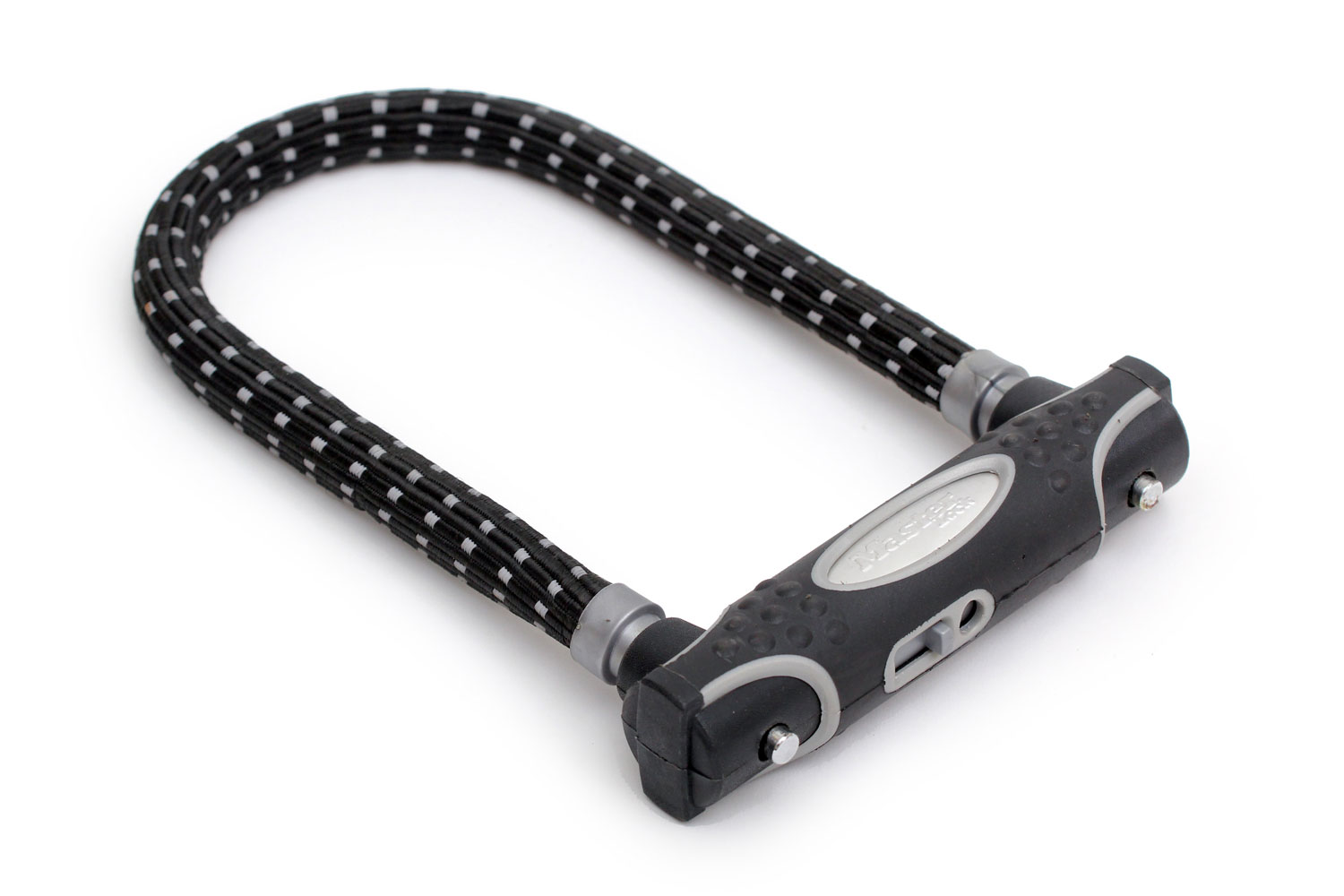 The Street Fortum is good value for a Sold Secure Gold lock. Like other tough locks, it has a 13mm shackle that locks at both ends to prevent twisting attacks, and a pick resistant disc lock. The 210mm shackle length limits room for jacks. It comes with a frame bracket to fi x to your bike, and an integral dust cover to keep dirt out of the lock itself. As well as black, it's available in blue, red, and silver. Weight: 1.42kg. 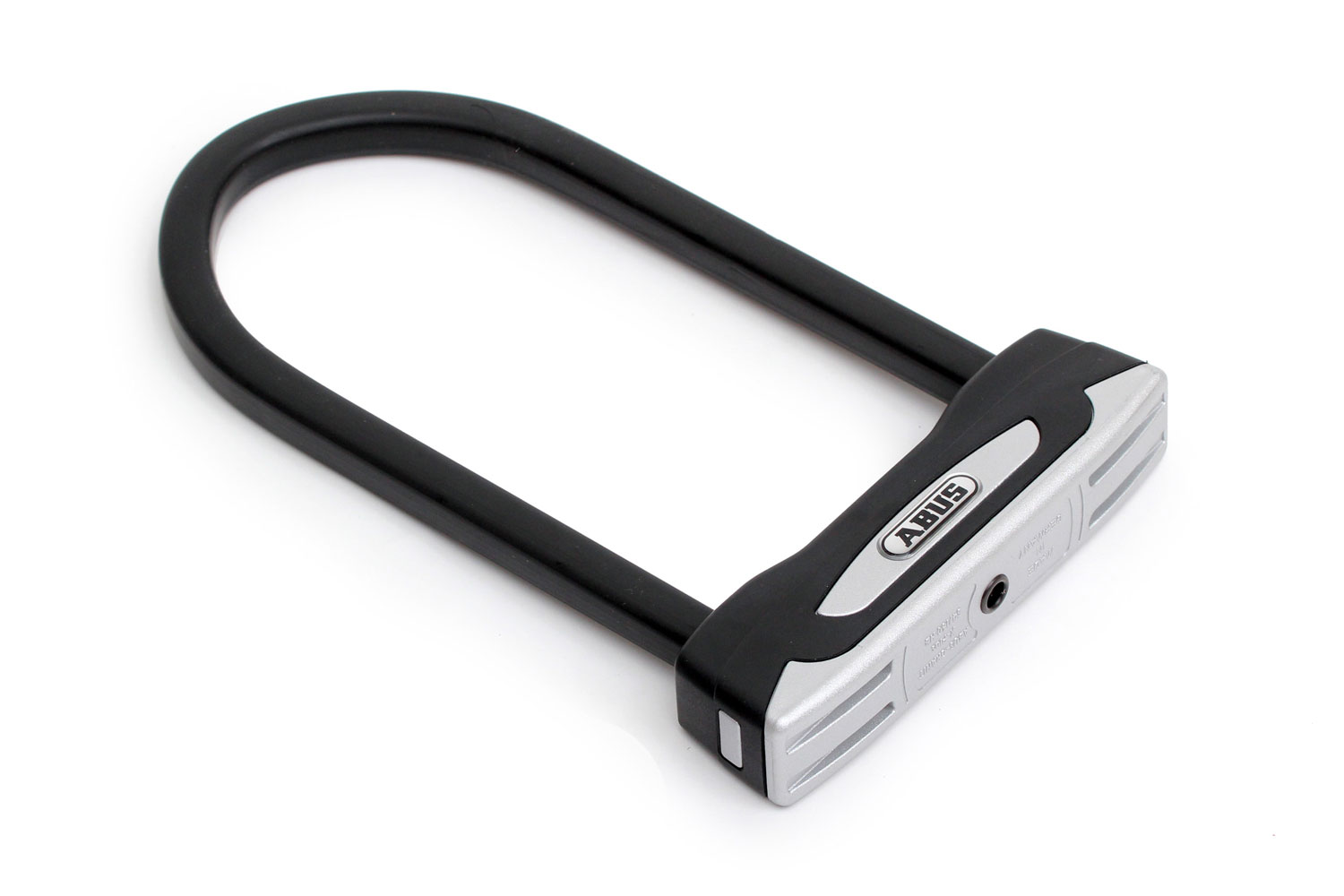 This is a smaller version of the highly-rated Granit X-Plus. At 15cm long, it's small enough for a back pocket or bag. The shorter shackle means the bike has to be parked right up against its anchor point, which is less convenient but more secure; there won't be room for a thief's bottle jack. It's a hefty 1.5kg despite its size because it's so solid. It uses double locking mechanism and a 13mm hardened steel shackle, with a square section to prevent it being twisted open if one side is cut. Sold Secure Gold. zyro.co.uk

You can find a wide range of locks from your local Cyclescheme Partner Bike Stores, please visit www.cyclescheme.ie/partners for a full list.